Do you want to sell your motorcycle? Or are you looking for a used bike? If you are looking for a nice cafe racer, bobber, scrambler, virago or flat tracker then there may be one listed for you here. 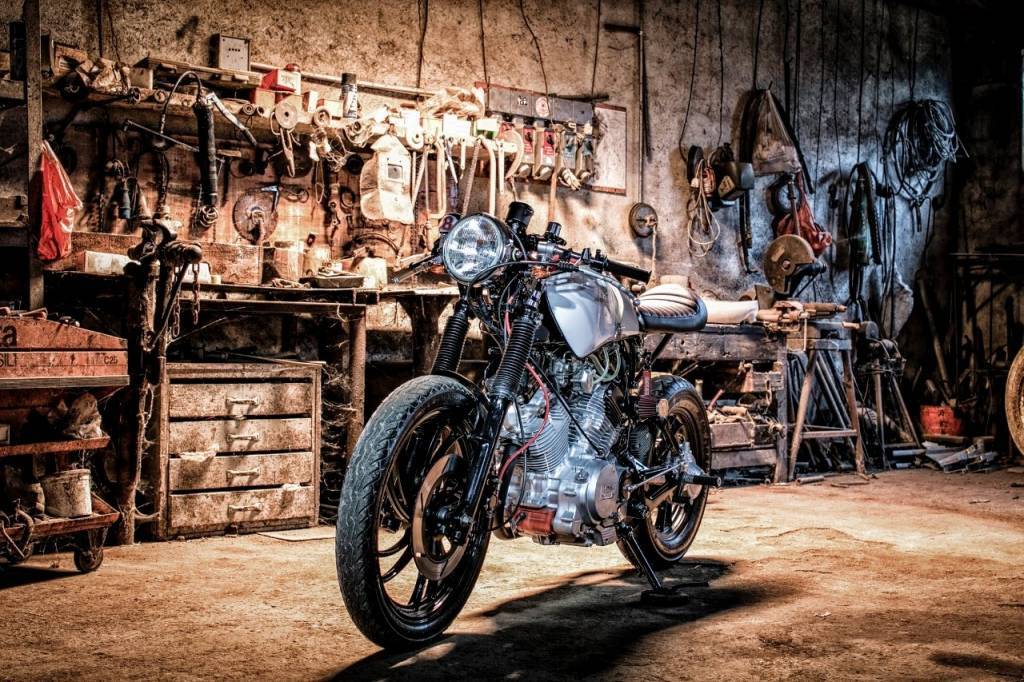 Filters
Buy or sell your motorcycle. Check the range of used bikes here, and buy your cafe racer, bobber or scrambler 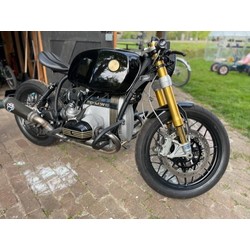 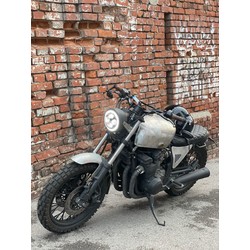 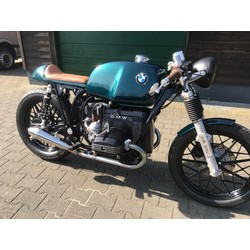 The collection of bikes that you’ll find here are distinguished by the style and state in comparison to other marketplaces. The used motorcycles that you see for sale here are posted by visitors, and they consist largely of enthusiasts as you’ll notice. This is just a service that we offer, so we do not mediate in the purchase of a sale of your motorcycle. This also means that the advertiser, the owner of the motorcycle, is responsible for the content of the advertisement.

Although there’s quite a large selection of motorcycles offered, you might not find the bike of your dreams.

A cafe racer is basically a stripped-down motorbike with a sporty seat, clip-ons and a rearset. You can build a cafe racer the way you want and give it your own twist.

Why is it called a cafe racer?

The term cafe racer comes from the "Rockers" in old Great Britain who drove motorcycles from café to café on the main roads. The truckers, whom they shared their stops with, jokingly called them café racers instead of real racers. This is the name these guys have taken on and made famous.

What is the difference between scrambler and cafe racer?

The looks and the practicality of a cafe racer and scrambler differ. A cafe racer is meant to be driven on the road whereas a scrambler will have high profile tyres most of the time, which can go offroad as well.

What is the difference between a bobber and a cafe racer?

Why are cafe racers so popular?

Cafe racers are a really fun way to create your own motorcycle. The style became popular in England back in the days. Nowadays it is very popular to make your own cafe racer and ride with friends or join big rideouts such as the Distinguished Gentleman's Ride.

Can you turn any bike into a cafe racer?

Almost every bike can be turned into a cafe racer, but some bikes are way easier to turn into one than others. A sports bike or an old classic bike such as a BMW R-series or a Triumph Bonneville are perfect for the job.

How hard is it to make a cafe racer?

Depending on your experience, it doesn't have to be too hard a job to create your own cafe racer. The level of difficulty totally depends on what kind of cafe racer you want to make. Are you going for an entire conversion or just adjusting a bike to your liking?

A good basis for a cafe racer is a Honda CB or a Yamaha Virago. These are motorbikes that need relatively little work done to them to turn them into a cafe racer.

How to build a cafe racer bike?

How much does it cost to build a cafe racer?

Building a cafe racer can be done for anywhere between €500 to however far you want to take it. Building a simple cafe racer is doable by having a stripped-down bike with a shapely seat, clip-ons and a good sound.

How fast do cafe racers go?

The former goal of a cafe racer was to go "Ton-up", meaning to reach speeds of 100 miles an hour or faster. Modern cafe racers have little trouble reaching these speeds.

Do cafe racers have batteries?

Yes, almost all cafe racers have a battery to either start the bike or keep it running while riding.

From their beginnings, cafe racers have been known to offer minimal comfort. Of course, you can do something about that by making your riding position more ergonomic. Getting a good seat and fitting the right shock absorbers can help, but these make for a less typical cafe racer in terms of looks.

High Customer Service with a stunning 9.0/10 Rating!
Log in om je wishlist samen te stellen.
Login or registerVerder winkelen
Login als zakelijke klant of shop verder als consument.
LoginVerder als consument
was added to your wishlist
has already been added to your wishlist
My wishlistVerder winkelen
Please accept cookies to help us improve this website Is this OK? YesNoMore on cookies »