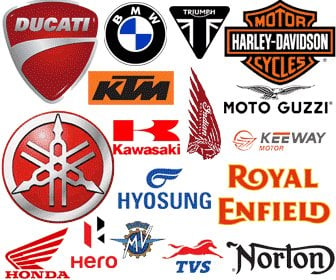 Tanks and tank caps
View all

Moto Guzzi was founded by two World War 1 pilots and a mechanic. They spent their time on the ground daydreaming about motorcycles. After the war, Emanuele Parodi, Giorgio Parodi and Carlo Guzzi build their first prototype motorcycle to realize this dream. Their first motorcycle was called the Guzzi Normale, but with its innovative, robust and reliable design and performance, it was anything but normal! Especially compared to other motorcycles at the time. The Guzzi Normale had a 500cc, 8 horsepower engine and has been sold more than 2000 times, which is a lot for a first release.

A series of other motorcycles were designed over the following 20 years. Including the GT 500 Norge (1928), the Sport 15 (1931), the Condor (1938) and the Dondolino (1940). The GT 500 Norge was also quite successful. This was due to it being one of the first production motorcycles with a rear suspension! To prove how awesome this bike was, Carlo Guzzi’s brother rode it to the arctic circle from their factory in Italy, claiming the success of their new ‘’elastic’’ frame setup.

Moto Guzzi also had success on the racetrack, with its lightweight grand Prix bikes they won several world champions ships. The victory in the prestigious Targa Florio in 1921 was the first in the list of impressive successes in motorsports. Their prize collection includes, among other titles, 14 world GP championships and 11 Isle of Man TT trophies. Their dominance in motorsports ended in 1957 when they decided to withdraw from such activities.

In the years following the Second World War, Moto Guzzi shoved its way into the spotlights with new motorcycles such as the Falcone and the Cardellino. Impressively, the Cardellino became Europe’s best selling motorcycle for over a decade!

In 1963, after the founder Carlo Guzzi passed away, a crisis hits the motorcycle market and the company began to have financial trouble. Giorgio’s brother Enrico took over the reign and guided the company back to being profitable. Once Moto Guzzi was fully recovered, they started designing yet another motorcycle, the iconic 850 le mans cafe racer!

In May 2006, the famous Norge motorcycle made a comeback with a new 1200cc V-twin engine with enough equipment on board to ride many miles in comfort. To celebrate the rebirth of the Norge, a convoy of 14 journalists rode the bikes 4400 km to cape north, following the route taken by the original Norge motorcycle.

It has been made clear that Moto Guzzi has awesome motorcycles! Here we will discuss some of the most popular Moto Guzzi models such as le Mans, California and V twin models.

The Moto Guzzi V40 was presented to the public in November 1987 at the Milan Motor show. The chassis resembles the Moto Guzzi 350 Falco but is much less extreme in design. It also resembles the Moto Guzzi Imola 2. The front and rear wheels measure 16 inches, like the Falco. The Bore was the same as that of the 350 Falco, but the stroke was extended to 45mm, bringing the machine to a 390 cc. the specified power of 43 horsepower was even higher than that of the Falco. The motorcycle got a small fairing, a belly pan and a small spoiler behind the pillion seat.

The 1986 Moto Guzzi V50 comes with an air-cooled, four-stroke, 490cc, V-twin powerhouse mated to a five-speed manual transmission, that produces 48 horsepower and 44 Nm of torque. Standard Features worth mentioning would be the twin-spoked wheels, the dual 260 mm front disc brakes and the two-up seat. In addition, it comes with a bright red paint scheme, sure to fit the taste of riders who want a bolder machine.

Moto Guzzi has designed the 1987 Moto Guzzi V65 to fit the needs of riders who want a race-ready production naked machine. It boasts a higher power output, as well as a tweaked suspension setting and a more aggressive and modern overall design. It has an air-cooled, four-stroke, 643cc, V-twin engine with a five-speed manual transmission. It can produce 60 horsepower and 52 Nm of torque.

The Moto Guzzi V75 was presented in 1984, but due to its long development period, it did not appear in the catalog until 1986. The engine was similar to the V65, a sports engine that already had four valves per cylinder. However, both the bore and stroke increased. The interior of the engine, such as the crankshaft and connecting rods, were also strengthened because of the higher power output. Although the V75 was marketed as a touring bike, it was a sporty motorcycle.

A Simple shape, handling and driving comfort are the elements that distinguish the V85 TT, with its design and style speaking the language of free spirits who want to leave miles and miles of asphalt behind. The V85 TT naturally blends classic style details from the off-road world with advanced high-tech features such as the digital dashboard and LED front and rear lighting. The V85 TT does not have a fairing, but its dark-tinted plexiglass window and handguards make it a true all-season motorcycle, always ready for adventure whenever you feel like it.

The Moto Guzzi Le Mans originated from the racetrack in 1971. Dutchman Jan Kampen decided to build a racing Moto Guzzi for the Zandvoort six-hour race. His bike had the Moto Guzzi V-twin engine capacity increased to 810cc. Kampen and Moto Guzzi engineer Lino Tonti were friends and the idea of an increased capacity performance Moto Guzzi inspired Tonti to create a competitive design himself. Tonti build a motorcycle with an engine capacity increased to 844cc and entered it into the 1971 Bol d’Or 24-hour at Le Mans. His motorcycle led the race for the first 10 hours until a broken rocker slowed it down. Despite the broken rocker Tonti knew he was onto something.

Tonti started working on creating a successful road bike using the race bike as the basis. He finalized his design and build a prototype. His bike participated in the 1973 Barcelona 24-hour in which it finished 5th. In November 1975 the motorcycle entered production. Tonti intended to compete with his new Le Mans in the café racer style market segment. Thus, Tonti introduced the Le Mans model in the café racer style with a diminutive ‘’bikini’’ style front fairing.

The 2004 V11 Le Mans is the successor of the glorious Moto Guzzi 859 and 1000 which used to dominate the endurance races. The Le mans has a racing spirit and with the increased power and torque, is it ready to provide riders with an adrenaline rush! It’s a high-performance motorcycle brought to street level.

The V11 Le Mans also received a new ignition mapping which produces a more linear, progressive torque and puts even more control in the rider’s hands, for a more pleasurable feel aboard this machine. The fairing is a classic and the huge headlight will brighten up the gloomy days and make night-time rides easier.

A special version of the V7 850 was produced in 1971 at the request of the American importer Joe Berliner. This was built for the American market and had many characteristics of a Harley-Davidson, such as a large tour window and saddlebags. It was called the Moto Guzzi 850 T3 California. American or not, the "California" also appealed to European customers. It appealed so well, that in 1981 the California became an independent model, no longer part of an existing series, although of course components from other models were used.

In 1971, Moto Guzzi presented the Moto Guzzi California 850. It has a strong aesthetic and technical personality. After three years it was sold more than 12,000 times, which was a record for Moto Guzzi.

The Moto Guzzi California 1400 is a new touring machine, based on the original design but with a host of features and parts that significantly increase its across-country capabilities. It has the most powerful transverse V-twin engine ever produced in Europe, which can produce 96 horsepower and 120 Nm of torque. It comes with standard technologies such as ABS, traction control, ride-by-wire and tri-mode engine mapping, ensuring a smooth and flawless power delivery, no matter road conditions. It also has a large windscreen, hard panniers and a comfortable two-up saddle with passenger grab rails.

High Customer Service with a stunning 9.0/10 Rating!
Log in om je wishlist samen te stellen.
Login or registerVerder winkelen
Login als zakelijke klant of shop verder als consument.
LoginVerder als consument
was added to your wishlist
has already been added to your wishlist
My wishlistVerder winkelen
Please accept cookies to help us improve this website Is this OK? YesNoMore on cookies »