Where there is iron, there is rust, or so it seems. There are many ways to deal with rust and remove rust. The best thing is of course to avoid arriving at rust removal, but you don't always have that choice. We are therefore happy to take you along in the process of rust removal and the right products for that.

Filters
Where there is iron, there is rust, or so it seems. There are many ways to deal with rust and to remove and prevent rust! 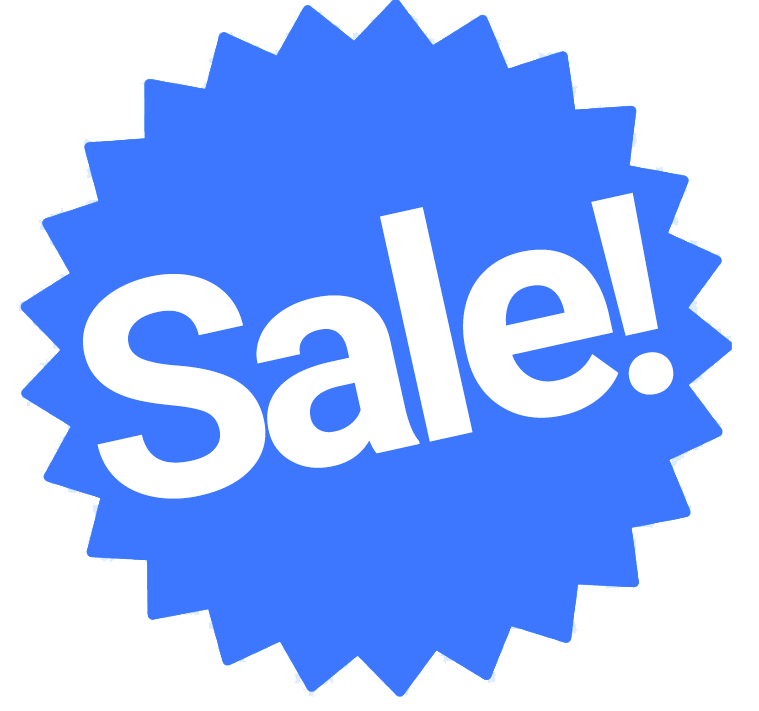 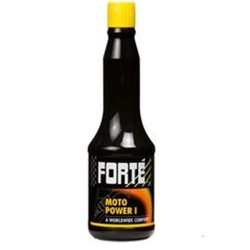 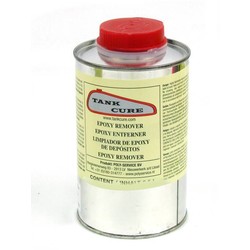 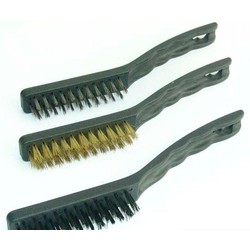 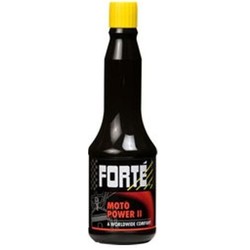 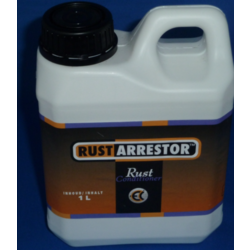 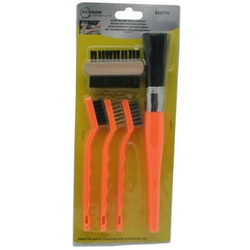 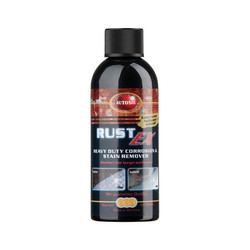 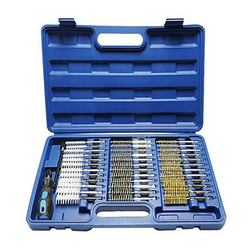 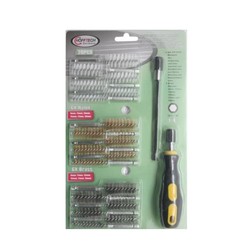 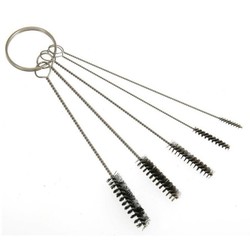 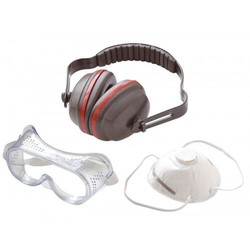 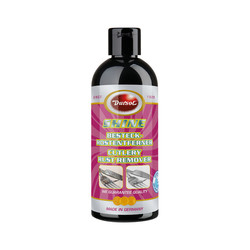 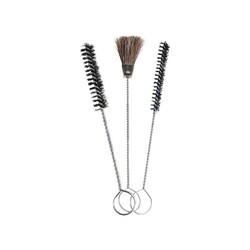 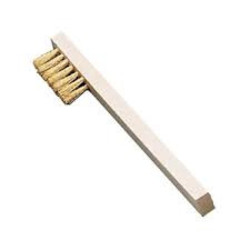 Rust is a form of iron oxide. It occurs when iron mixes with the oxygen in the air, causing it to corrode. Rust can attack iron and its alloys, including steel. The main catalyst for rust formation is water. Although iron and steel structures appear solid to the eye, water molecules are able to penetrate microscopic crevices in the metal. This starts the process of corrosion. If salt is present, for example in seawater, the corrosion will proceed more quickly. Exposure to sulfur dioxide and carbon dioxide will also accelerate the corrosion process.

Rust causes the metal to expand, which can put a heavy load on the structure as a whole. At the same time, the metal will weaken and become brittle and flaky. Rust is permeable to air and water, which keeps the metal from corroding under the layer of rust.

How do you prevent rust?

Exposure to outdoor conditions increases the risk of rust, especially if the climate is rainy or humid. The best ways to prevent rust include:

In case of rust in your tank, you can also prevent it by putting your motorcycle away with a full tank. Because your petrol tank is full of petrol; there is no oxygen or moisture, so there is no chance of rust and rust removal is not discussed.

Which materials are resistant to rust?

The most popular rust resistant alloys are stainless steel and weather resistant steel.

Stainless steel contains at least 11% chromium. This allows a protective layer of chromium oxide to form as a shield against rust. The protective film will reshape if damaged. Corrosion resistance can be further improved by adding nickel.

Resistance steel, also called "COR-TEN" steel, contains up to 21% alloying elements such as chrome, copper, nickel and phosphorus. The alloys form a protective rust patina that reduces the corrosion rate over time. COR-TEN steel is generally cheaper than stainless steel.

Proper planning during the design phase can minimize water ingress and reduce the risk of rusting. Cavities and crevices should be avoided. Connections must be welded and not screwed down. Drain water should be considered if necessary. The design must allow the air to circulate freely. For large structures, adequate access should be possible to allow regular maintenance.

The galvanizing process consists of coating the surface with an external layer of metal zinc. This is done by means of hot dip galvanizing or electrolytic galvanizing. The zinc layer prevents corrosive substances from penetrating further into the metal. In addition, the zinc acts as a sacrificial anode through which the harmful oxidation process of rust is transferred to the zinc layer.

Bluing is a useful technique that provides limited rust protection for small steel objects. The term "bluing" comes from the blue-black appearance of the finish when using this technique. Bluing is often used in the manufacture of firearms to provide a degree of corrosion resistance. It is also used in fine clocks and other metalwork.

Bluing is done by immersing the steel parts in a solution of potassium nitrate, sodium hydroxide and water.

You also have special tank coatings such as Tank cure and rust Arrestor that ensure that your tank is provided with an anti-corrosion layer.

A dry powder is applied evenly to a clean surface. Then the object is heated, making the powder a thin film. A wide variety of powders are available, including acrylic, polyester, nylon, vinyl, epoxy and urethane.

Powders are usually applied using an electrostatic spraying process. The electrically conductive object is sprayed with a charged, non-conductive powder. The charged particles are attracted to the object and cling to the surface. The object is placed in a hot oven that fuses the particles into a continuous film. The film is usually between 25 and 125 micrometers.

In addition, it also helps if you use paint, such as aerosol paint. Provide a rust-free surface, a good covering primer and then a nice paint layer and possibly a lacquer (2K0) layer. Preparation is essential in this case.

Regular maintenance is advised to stop rusting and to stop any rusting from progressing. It is essential to remove the rust formed. A razor can be used for small areas. Then any dirt on the surface should be removed with warm water and soap. Finally, a rust-resistant coating must be applied to the surface.

Often a greasy liquid also provides a barrier against rust, but always look at the properties of the product in question.

Remove rust by scrubbing
A good place to start is to scrub the rusty surface with steel wool, sandpaper, a wire brush, or even a crumpled tin foil ball. If the metal isn't rusted too deeply, a little elbow grease will go a long way. However, even if the rust is deep, it is a good idea to remove the outer rust flakes before using other methods.

Remove rust by white vinegar
For more stubborn rust, try using white vinegar. The acetic acid in this regular household product is acidic enough to dissolve the rust. You can soak smaller things like earrings, wipe it with an old cloth on a surface, or just pour it directly over rust stains or bolts and screws that have rusted together. Be sure to rinse items thoroughly after the rust has dissolved, as vinegar left on the metal can damage the surface.

Remove rust by Baking Soda
Baking soda is great for cleaning a lot of household waste, but have you ever tried it on rust? Make a paste by mixing it with water, making sure it is thick enough to stick to the rusted surface. Let it sit for a while and then scrub it with steel wool or a wire brush. You may have to repeat this process a few times.

Remove rust from potatoes ?!
Have an extra potato lying around? You can use a slice of it to scrub rusted surfaces - this works especially well for knives, pots and pans. Sprinkle a little salt or baking powder on the potato and then rub it over the rust stain, or stick the knife in a potato and let it sit. The oxalic acid in the potato helps to dissolve the rust.

Sprinkle some coarse salt on the rust, then add lemon juice. Do not leave it on for too long or it may cause damage. Wipe the juice and rinse it off. Try mixing lemon juice with a little vinegar for an extra strong solution. Not only will you be rust free, but whatever you are cleaning it will smell like citrus fruits!

Remove rust with soft drinks
Does cola really remove rust? If you've ever dropped a penny into a glass of Coke, you were probably impressed (or alarmed) that the penny came out clean. Cola and other soft drinks contain high levels of phosphoric acid (a common ingredient in store-bought rust removal products) and can be used for rusted nuts and bolts or even corroded battery terminals. However, cleaning it can be quite challenging since it's so tacky, so you may want to try a different method first.